Celebrate Dragon Boat Festival, and Learn More about its Origins!

Dragon Boat Festival, also known as Dumpling Festival or Duan Wu Jie (端午节) in Chinese is one of the oldest cultural festivals in the world and is celebrated on the fifth day of the fifth lunar month every year with families and friends coming together to enjoy sticky rice dumplings or zongzi (粽子).

This traditional Chinese festival traces its ancient origins all the way back to more than 2,000 years ago with various interesting stories.

Sticky rice dumplings, or zongzi (粽子), is made of glutinouse rice and packed with an assortment of different ingredients. Not to be confused with ketupat, a Javanese rice cake commonly found in Malay and Indonesian cuisines. (Photo by Jenny Ueberberg on Unsplash )

Loved by locals, news of his demise devastated many, and they rowed out onto the river in search of his missing body but came up short.

In an attempt to preserve his body, locals paddled their boats around the river while beating drums to scare evil spirits away.

They also threw rice into the river to feed the fish, believing that this would distract the fish from eating Qu Yuan’s body. 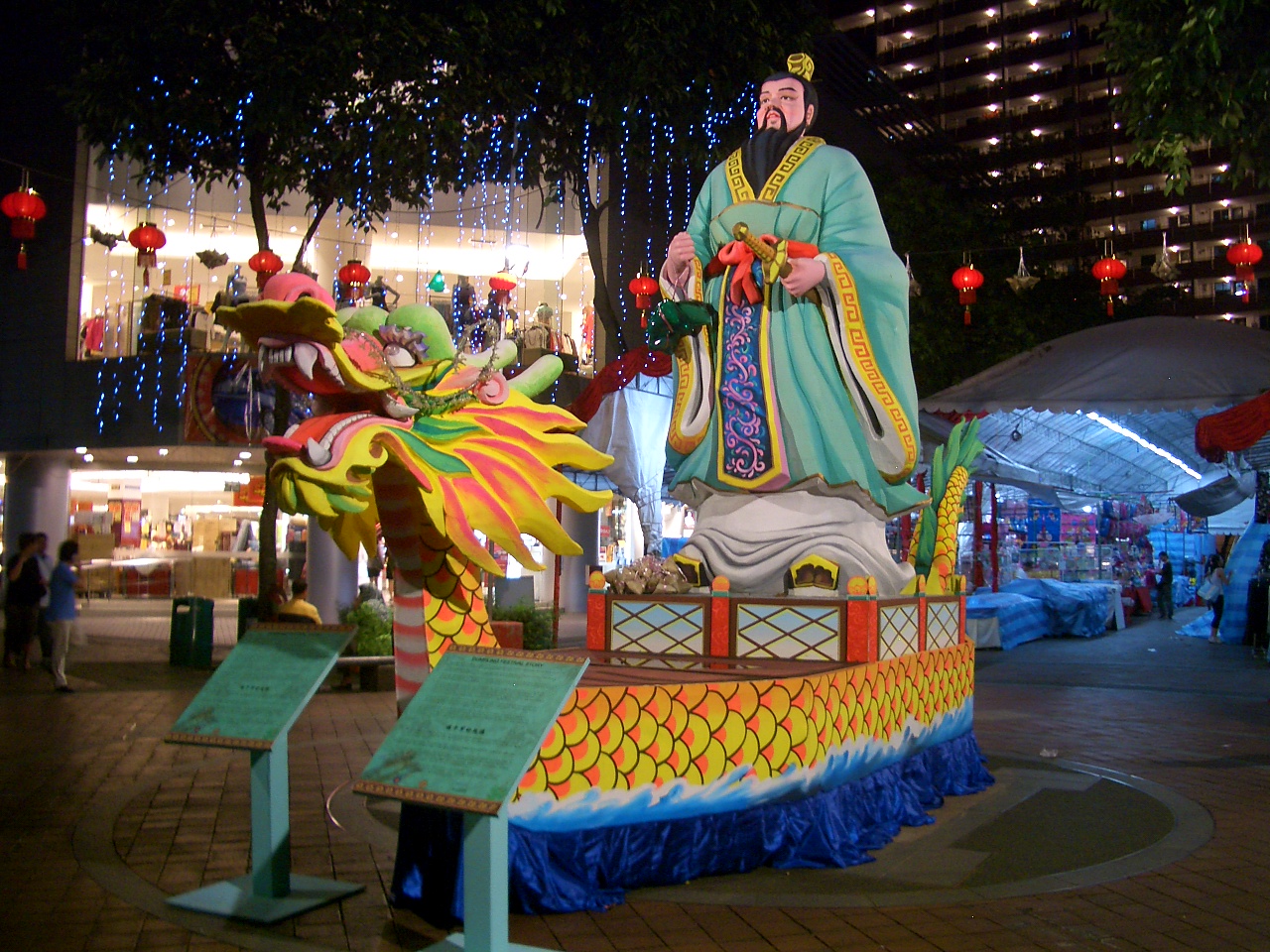 A statue of Qu Yuan in a dragon boat on one of Singapore’s central streets. A display for the Dragon Boat Festival.

Since then, people in the Miluo River area have carried on this tradition to commemorate the patriotic Qu Yuan on the fifth day of the fifth lunar month.

The boat rides gradually developed into dragon boat racing, and the rice became sticky rice dumplings, a traditional food eaten during the festival. 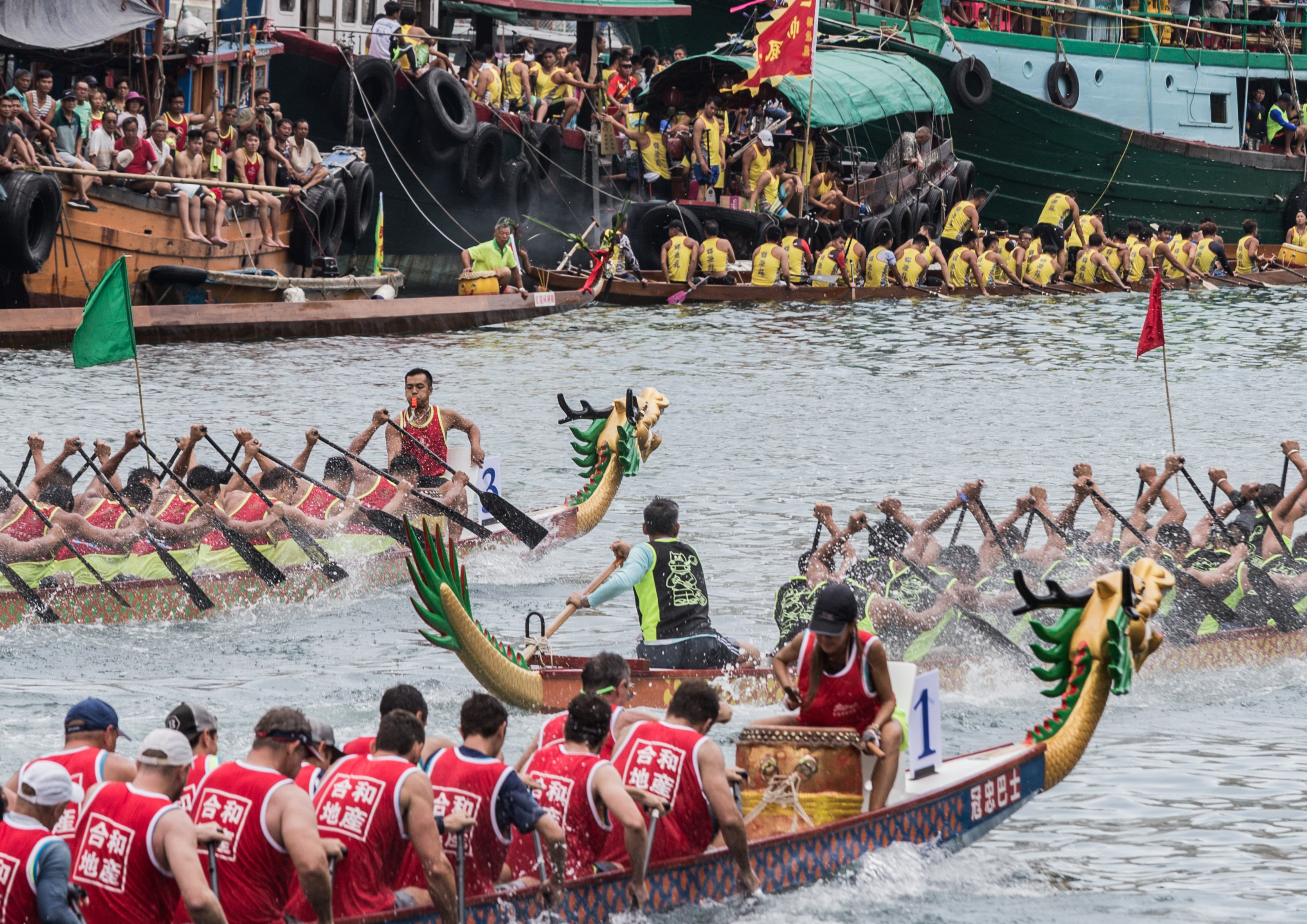 (Photo by Samuel Wong on Unsplash)

Other notable legends of how this festival came to be include the tragic story of Wu Zixu, who was forced to commit suicide after his failed attempts to avenge his father and brother, as well as the filial piety of Cao E, who threw herself into the river to retrieve her father’s drowned body, only to resurface five days later with him in her arms.

Explore local culture and traditions, such as the annual Dragon Boat Festival with our flexi-rental services.

Travel in personalized comfort and style and enjoy the diverse cultural offerings found in Singapore!

Fancy a rented ride to check out the diverse cultural offerings in Singapore? Check out our attractive rates and a wide variety of vehicle selections today!

What our clients say about us

Section & Prime Car Rental has provided me and our company with excellent service and strong support over the past 20 years. I like to compliment Annie Goh and her team of experienced sales and operational staff who have provided me with very good support and prompt response each time I need their assistance. I am indeed very satisfied and will certainly recommend my friends or anyone who is in need of a car. I can vouch that their service is the best and next to no one.
Please try them to believe and you will be pleased to use them.

Great service and communication from start to finish. I have been a client for many years and they have been fantastic throughout. The aftercare is brilliant and I cant rate them enough! 🙂 Annie & the Team made sure everything ran smoothly and stress free.I definitely recommend this company.

First time rented a car from Prime their services are excellent and provide very fast response when my car having aircon issue. Less than 2hrs they send a replacement car for me even though happened on Sunday, really appreciate it. Overall I’m pretty happy and satisfied their service from confirmation they arrange their staff send me the car until returning back the car total more than 1 month they also send their staff come to my place to collect.
Trusted and highly recommended!👍

Amazing service and I wished I could have given unlimited number of stars! We have been a customer of theirs for about 8 years in total, during our 2 different stays in Singapore. They are the only company we’ll work with for car rental in Singapore – thanks to the outstanding team and their incomparable attention and efficiency. Finally, a huge bravo to Annie Goh, the Manager in charge!

Been a customer for more 3 years.. Their service from the sales representative Ms. Joey is superb and excellent. Very prompt service and cater to all my needs. And not forgetting from the operations side, Mr. Zaini. Any matters pertaining the car are resolved quickly and hassle-free.Never regret choosing Prime Car Rental. Thank you!

Annie Goh and her team are amazing. A very professional group of individuals who take customer service to the next level. They have a nice selection of cars suitable for all budgets. Maintenance is done on a regular basis and a loaner vehicle is provided. I highly recommend them for all your transportation needs!

Copyright © 2022 Section Car Rental – A Prime Group Company | All Rights Reserved
We use cookies on our website to give you the most relevant experience by remembering your preferences and repeat visits.

By clicking “Accept All”, you consent to the use of ALL the cookies.

This website uses cookies to improve your experience while you navigate through the website. Out of these, the cookies that are categorized as necessary are stored on your browser as they are essential for the working of basic functionalities of the website. We also use third-party cookies that help us analyze and understand how you use this website. These cookies will be stored in your browser only with your consent. You also have the option to opt-out of these cookies. But opting out of some of these cookies may affect your browsing experience.
Necessary Always Enabled
Necessary cookies are absolutely essential for the website to function properly. These cookies ensure basic functionalities and security features of the website, anonymously.
Functional
Functional cookies help to perform certain functionalities like sharing the content of the website on social media platforms, collect feedbacks, and other third-party features.
Performance
Performance cookies are used to understand and analyze the key performance indexes of the website which helps in delivering a better user experience for the visitors.
Analytics
Analytical cookies are used to understand how visitors interact with the website. These cookies help provide information on metrics the number of visitors, bounce rate, traffic source, etc.
Advertisement
Advertisement cookies are used to provide visitors with relevant ads and marketing campaigns. These cookies track visitors across websites and collect information to provide customized ads.
Others
Other uncategorized cookies are those that are being analyzed and have not been classified into a category as yet.
SAVE & ACCEPT